Abstract Evaluation of toxic effects of the scratch-off foil on pre-paid cards are important because of the fingernails scratching of the card’s surface which lead to constant exposure to same by end users and retailers. Animals (n=18) were exposed to 10, 20 and 50 mg/kg body weight (b.w) foils from the cards three times a week for five weeks in corn oil through oral gavage while the control group (n=6) received corn oil only for the same period. Plasma and erythrocyte were analyzed for lipid dynamics and liver function tests. The results were analyzed using One-way ANOVA followed by Tukey’s post hoc test. Hypercholesterolemia and phospholipidosis were the hallmark of the effects of the three doses of the foils, while hypertriglyceridemia characterized exposure to only 10 mg/kg b.w. Exposure to 10 and 20 mg/kg b.w. induced erythrocyte triacylglycerol constipation. Decreased high density lipoprotein cholesterol (HDL-C) and phospholipid concentrations with concomitant enrichment of HDL with triacylglycerol were observed at all doses tested compared to the control. Low density lipoprotein cholesterol (LDL-C) concentration was up regulated while triacylglycerol and phospholipid concentration was down regulated in all the three doses. Significant increase in plasma ALT, AST and g-GT were observed in all the treated groups compared to the control. Exposure to 10 and 50 mg/kg b.w. caused 65% and 78% increase in ALT concentration. These findings revealed that foils from scratch-off cards up-/or down-regulate different pathways in the lipid metabolism spectrum and increased plasma activities of liver enzymes and therefore possess toxicological potential. 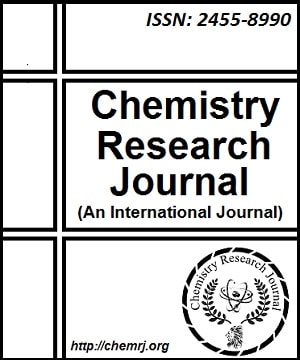